Gallery of Shipping Horrors: Don't Let This Happen to You!

We've included some examples of packages that were damaged on their way to us, along with notes about how that damage might have been avoided. Please be sure to visit our shipping guide for information about shipping your Magic cards safely. 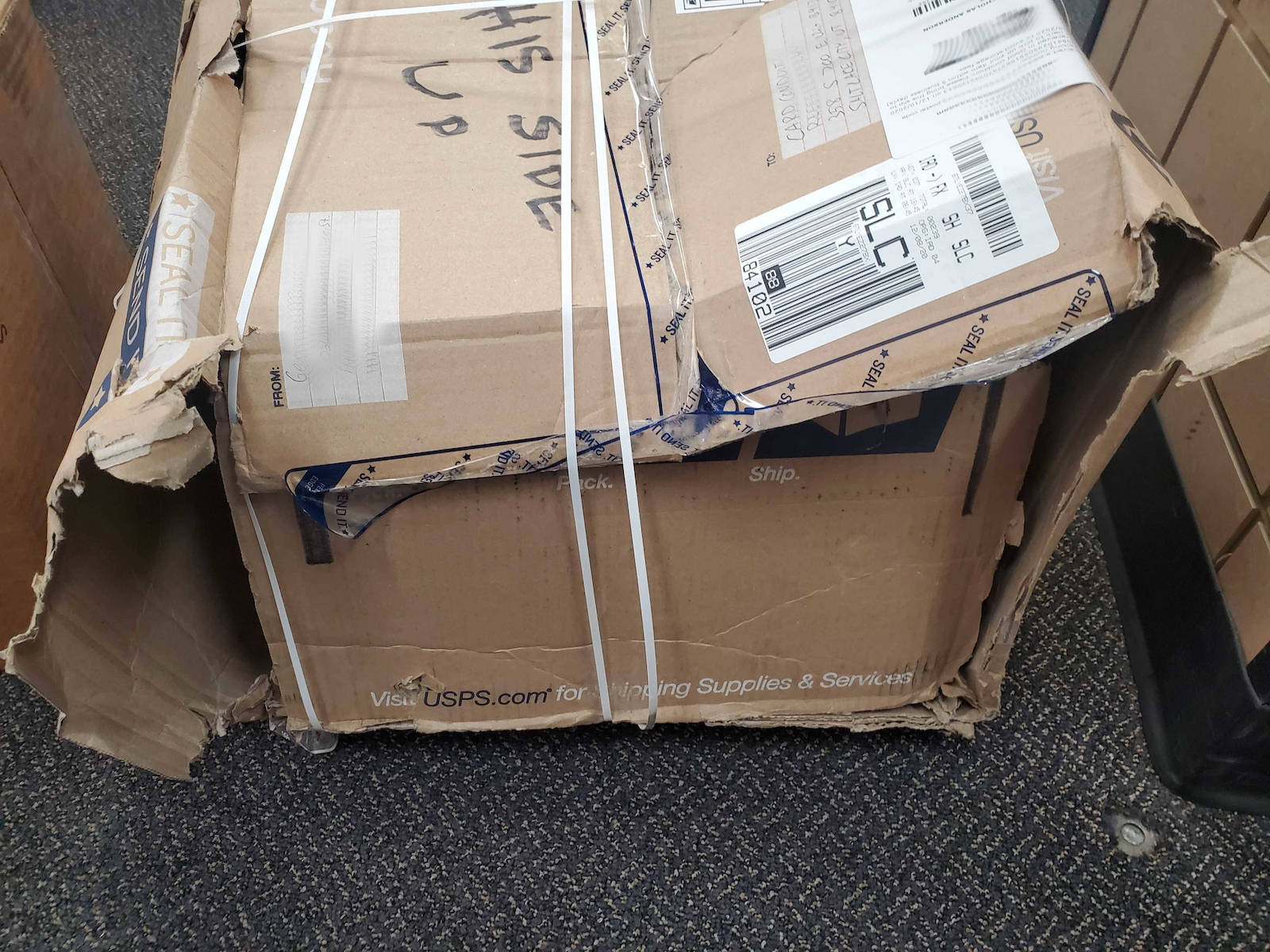 This oversized outer box contains small, heavy boxes of cards that were not tightly packed. The smaller boxes within were shifting during transit, with their heavy weight battering against the outer box walls and seams. The carrier added straps mid-transit, as the outer box broke apart.

To avoid this problem, inner boxes should fit snugly and be packed to minimize movement in-transit. The outer box should have extra tape along seams, corners, edges, and flaps. Tape should also encircle box in all directions to add extra stability.

Another oversized outer box with inadequate tape. Every seam/opening needs to be securely taped, especially on larger boxes to ensure cards don't get lost/stuck to tape as box isn't stable enough to handle so much loose weight shifting inside it during transit. The tape appearing in the photo was added by the carrier, who noticed the box had opened and contents were falling out.

Extra tape is especially necessary when reusing a box. You should fully tape down the seams and flaps, and encircle the entire package in multiple directions. This helps ensure box stability while encountering shifting weight during transit.

This box was severely lacking tape, and the loose cards inside spilled out when the seams ripped. The carrier added cards to a loosely opened plastic bag mid transit.

This box wasn't securely taped and the seams, corners, and edges split open. The cards were tightly packed inside, but when the box split the contents began spilling out. Shrink wrap added by carrier mid-transit.

This box had an inadequate amount of tape, and the seams split due to the weight of the cards. Tape was added by the carrier mid-transit, but it appears some contents may have been lost along the way.

In the unfortunate event your package arrives with damage, our team would reach out via email with information and photos describing the issue. Then, we would determine whether you wanted us to ship the cards back or, if you prefer, we could proceed with processing your shipment to the best we are able.